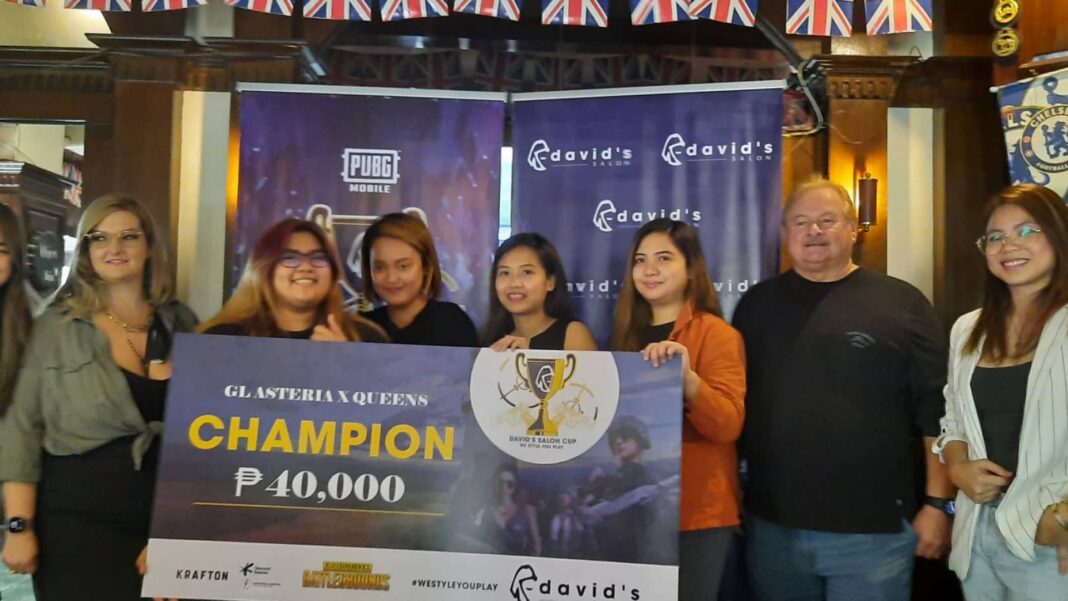 MAKATI, PHILIPPINES – An exceptional team with the ability to adapt different styles of gameplay, Team Zap Xavia – with members Panini, Wrensy, Supine, and Jas – won 1st Runner-Up at the David’s Salon PubG Cup. They brought home not only a P15,000 cash prize but also David’s Salon gift certificates for hair and pampering services. Jas also bagged the Most Valuable Player award, with the cash prize of P5,000.

The team has been playing together every day for the past year and has won championships in local and international tournaments, but they knew they would be facing stiff competition. During the very first game they played, they immediately encountered teams they have played against before and knew they were up against very strong players. They implemented brilliant strategies, and, complemented with a never-say-die attitude, bounced back on Day 2 of the Finals. “Day 1 kasi andun pa yung pressure. Kaso nung nilabas yung partial results, nasa Top 12 kami. Sobrang layo sa gusto naming placement – at least top 3,” Jas shares, “pagdating nung Day 2 nawala yung pressure, kasi naisip namin na malayo kami.” They did not expect to win, but their hard work and natural sportsmanship paid off when it was announced that they got the Top 2 placement for the entire tournament.

To other girls who would like to get into gaming, Wrency advises to put your fierce face on, “mas maging competitive!” Jas encourages gamers, saying “kung passion mo talaga, kung may gusto ka talaga, as long as wala ka naming natatapakan, or wala ka naming name-miss sa school or deadlines, go for it.”