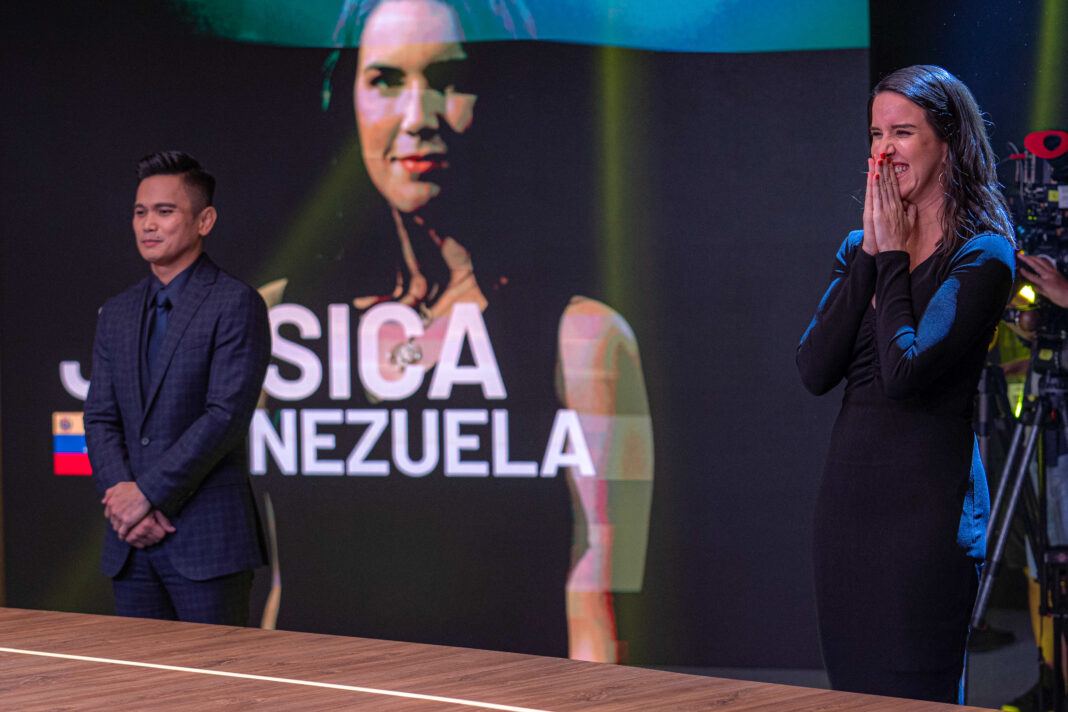 “The Apprentice: ONE Championship Edition” crowned a winner after 12 weeks of intense competition.

ONE Championship Chairman and CEO Chatri Sityodtong sat down with Jessica and Louie over breakfast at the Andaz Presidential Suite.

Chatri said Jessica possessed the main attributes he was looking for in a Chief Of Staff, which includes creative hustle, likeability, and intelligence. He labeled Louie a “silent assassin” whose best qualities include being cool, calm, and collected under pressure. The ONE CEO also praised Louie’s outstanding leadership capabilities.

Before leaving the candidates for the day, Chatri presented them with a special message from Eric Yuan, the Founder, and CEO of Zoom. Afterward, Jessica and Louie were treated to a Zoom call with their loved ones.

Jessica talked to her mother, Daniela, and told her she wanted to win the competition to give her a better life. Louie called his wife, Kaye, and assured her that the next time they spoke, he would be “The ONE.”

Feeling extra motivated after talking to their family, Jessica and Louie entered the last physical task of the season.

The finalists met with members of Evolve Fight Team, led by Head Coach Siyar Bahadurzada, to participate in a series of extreme workouts that would showcase their willpower and prove their mettle.

Workouts included a resistance band run, boxing focus mitts, and battle ropes. Jessica proved she could compete with Louie, a legitimate athlete, and showed incredible mental strength as she powered through the courses. For his part, Louie said Jessica was a worthy opponent.

Highlights of the finalists’ journey from the very first episode to the last reminded viewers of just how tough a road it was to reach this point.

Task Captain Dom Lau then gave Jessica and Louie an emotional send-off before the final business challenge of the season.

Jessica and Louie were put through the wringer in arguably the toughest job interview of their professional careers. But before they met with Chatri and Anthony Tan, Founder and CEO of Grab, Advisor Niharika Singh addressed some of their concerns and gave them a few pointers.

Louie felt his lack of credentials could hurt his chances at landing the job, but Niharika assured him Chatri never made a decision on a potential hire based on paper qualifications. Jessica worried that Chatri had doubts about whether or not she was right for the role. However, Niharika peeled away at Jessica’s layers and urged her to show more confidence.

Jessica and Louie took turns interviewing for the role of ONE Championship Chief of Staff, speaking to both Chatri and Anthony. They were asked typical interview questions, but with US$250,000 and the chance to become Chatri’s protege on the line, each spoken word carried immense weight.

Louie emphasized his experience as a martial artist and said he understood the very ethos of ONE Championship, which is its athletes. Jessica said she banked on her fighting spirit to overcome tremendous challenges in life, which brought her to this very moment.

Jessica and Louie walked into the boardroom for the last time. There to meet them were Chatri and Niharika as the final decision loomed. Chatri recapped each candidate’s strengths and weaknesses, acknowledging their routes to the finale.

Chatri praised Louie for his integrity and ability to lead with calm judgment. However, he was worried about whether or not he could earn the trust of those he would be tasked to lead. Chatri praised Jessica for her wide range of skills, and for her grace and dignity in the face of adversity. However, he questioned her risk-taking ability and close-guardedness.

After each of the finalists was given the chance to make their final case, Chatri and Niharika deliberated for the last time.

In the end, Jessica bested Louie Sangalang and was named “The ONE” and the new Chief of Staff at the world’s largest martial arts organization, ONE Championship.

More information on “The Apprentice: ONE Championship Edition” can be found at:  https://www.onefc.com/the-apprentice