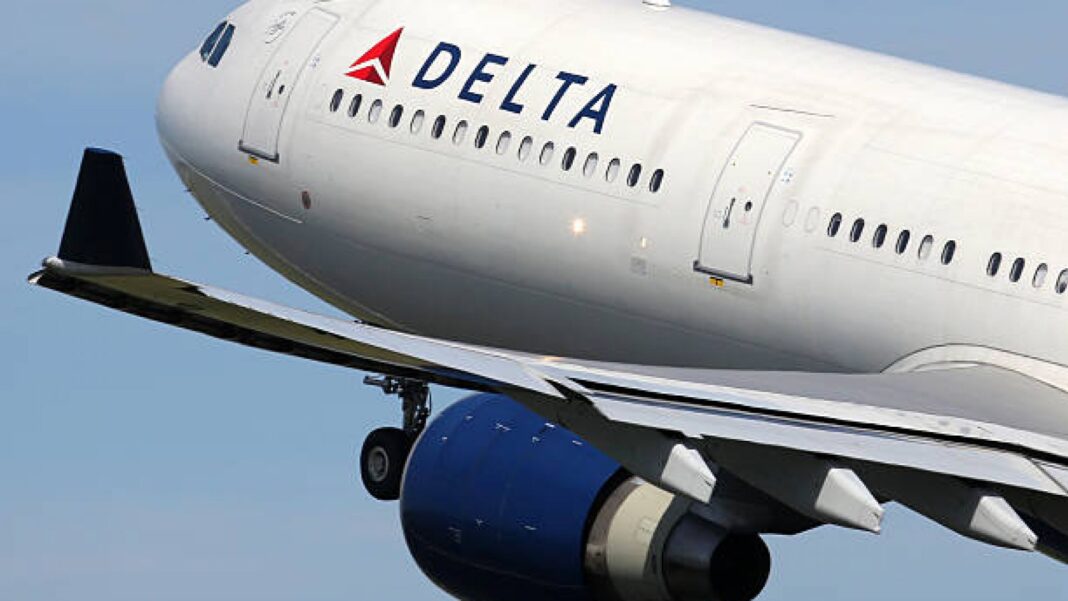 Manila, Philippines – Governments and businesses are taking strides into environmental, social and economic sustainability with growing awareness of the need to value people and planet among consumers. Other than retailing industries, this is also being observed in tourism and transport as the world gradually reopens and prepares to move forward. In the recent report by Euromonitor, the Philippines has been ranked 94th or near the tail-end among countries promoting sustainable tourism. To help support and ensure sustainable travel and tourism, Delta Air Lines continues its audacious commitment to carbon neutrality with swift impact through immediate actions coupled with long-term investments to combat climate change.

“Connecting the world and protecting our environment for future generations cannot be mutually exclusive,” said Delta CEO Ed Bastian. “Travelers should not have to choose between seeing the world and saving the world. We must continue to take immediate actions today and can’t wait for future solutions to become a reality. While there are many paths to carbon neutrality, Delta chose to make an impact today and invest in a future where aviation itself becomes cleaner for the world around us.” 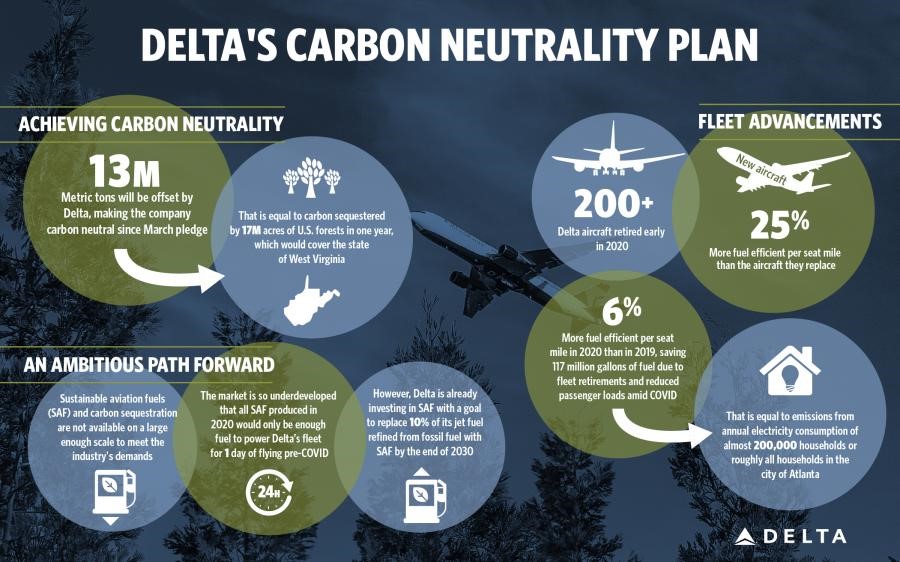 Delta’s vision is zero-impact aviation: air travel that does not damage the environment directly or indirectly via greenhouse gas emissions, noise, waste generation or other environmental impacts. Achieving this ambitious goal will require significant capital investment, support from government partners, research and development from manufacturers and evolution of some of the world’s largest industries.

In 2020, the company retired more than 200 older aircraft. The new aircraft replacing those planes are 25 percent more fuel efficient per seat mile than the aircraft they replace. Due to those fleet decisions and reduced passenger loads amid COVID-19, Delta’s fleet was nearly six percent more fuel efficient per available seat mile in 2020 than in 2019, saving 117 million gallons of fuel. That is equal to the emissions from annual electricity consumption of almost 200,000 households, or roughly all households in the city of Atlanta.

Delta will invest in the acceleration of three promising advancements critical to a cleaner future of commercial aviation. While these technologies are nascent and very expensive today, Delta believes they have great future potential and are the first steps towards zero-impact aviation.

In the near-term, Delta will invest in verified carbon offsets to achieve carbon neutrality and ensure forests are maintained, protected and expanded.

Delta’s goal is to have an offset portfolio that includes:

Delta seeks to engage investors, customers and employees on this journey toward zero-impact aviation. To ensure all stakeholders see the results of their engagement, the company is making transparency the cornerstone of its approach— which it intends to demonstrate through best-in-class reporting, collaboration across industries and fund management.

One company alone cannot solve this challenge, making partnerships critical. To broaden the availability of alternative fuels and carbon capture technology, Delta aims to build coalitions with suppliers and other industry participants to drive down the cost and increase the consumption and production of these transformative technologies.

“This is not a competition,” said Bastian. “Uniting across industries to create a more sustainable future is imperative. The more that joins us on this mission, the better.”

Since last March 2020, Delta has worked with leaders inside and outside the aviation sector to shape its plans and will announce multiple partnerships in the second quarter. One example is its membership in MIT’s Industry Liaison Program, which has helped Delta understand and quantify aviation’s environmental impacts and inform a long-term plan to support industry innovation.

“Delta’s thoughtful approach to understanding the research ecosystem will help support research and development for the industry,” said Steven Barrett, Head of MIT’s Laboratory for Aviation and the Environment. “Developing coalitions to bring together leaders across industries is crucial in advancing a zero-impact future.”

From being the first and only U.S. airline to voluntarily cap greenhouse gas emissions at 2012 levels to last year’s commitment to be the first carbon-neutral airline globally, Delta has a longstanding commitment to sustainable air travel. Delta was the No. 1 airline named among America’s Most Sustainable Companies by Barron’s in 2020, the only U.S. airline included in the 2021 S&P Global Sustainability Yearbook and has received the Vision for America Award by Keep America Beautiful and Captain Planet Foundation’s Superhero Corporate Award. Delta has also earned a spot on the FTSE4Good Index for six consecutive years and the Dow Jones Sustainability North America Index for ten consecutive years.

Delta Air Lines (NYSE: DAL) is the U.S. global airline leader in safety, innovation, reliability and customer experience. Powered by our employees around the world, Delta has for a decade led the airline industry in operational excellence while maintaining our reputation for award-winning customer service.

Today, nothing is more important than the health and safety of our customers and employees. Since the onset of the COVID-19 pandemic, Delta has moved quickly to transform the industry standard of clean while offering customers more space across the travel journey. These and numerous other layers of protection ensure a safe and comfortable travel experience for our customers and employees.

With our mission of connecting the people and cultures of the globe, Delta strives to foster understanding across a diverse world and serve as a force for social good.