Defense and Sporting Arms Show (DSAS) by the Association of Firearms and Ammunitions Dealers of the Philippines, Inc. (AFAD)set July 14-18 at SM Megamall 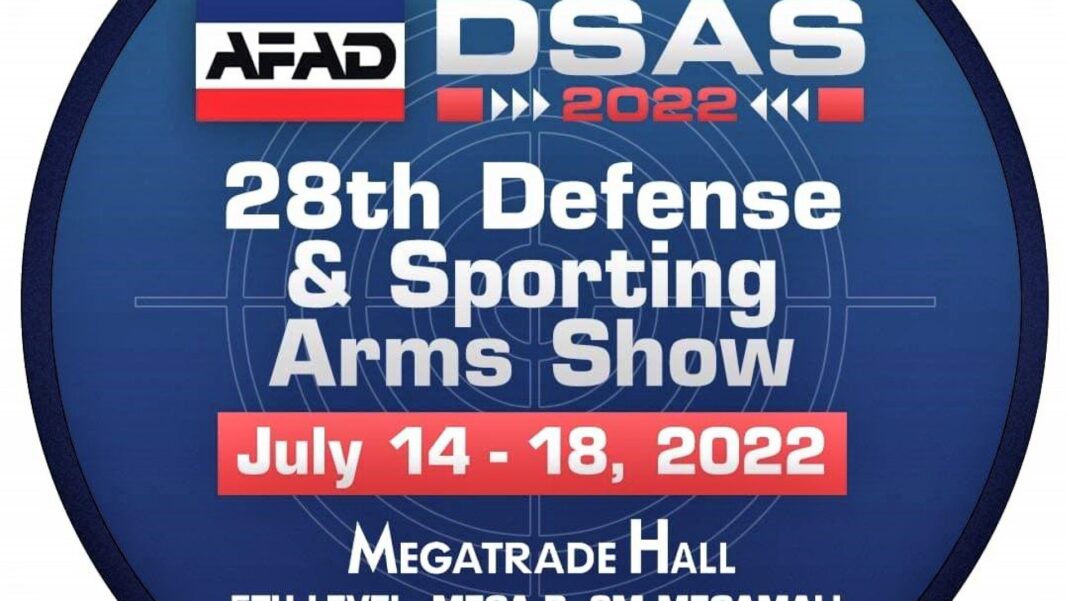 Defense and Sporting Arms Show (DSAS) by the Association of Firearms and Ammunitions Dealers of the Philippines, Inc. (AFAD)set July 14-18 at SM Megamall

UNDER a new leadership but with the same vision and mission as its predecessor, the Association of Firearms and Ammunitions Dealers of the Philippines, Inc. (AFAD) picks up from where it left off with the holding of the 28th Defense and Sporting Arms Show on July 14-18 at the Megatrade Hall of the SM Megamall in Mandaluyong City.

The newly elected AFAD officers led by its president Hagen Alexander Topacio announced last month the return of the country’s most anticipated and biggest showcase of world-class locally-made and imported firearms, ammunitions, and paraphernalia during an elaborate media conference at the MilkyWay Restaurant in Makati City.

“After almost three years of absence in the observance of health and safety protocol due to the pandemic, we’re now back with better and much bigger activities and programs involving our members and affiliated organizations,” said Topacio, who won a silver medal in the 31st Southeast Asian Games last May in Hanoi, Vietnam.

The University of the Philippines alumnus in Public Administration was elected as the new president of AFAD, replacing his younger brother Alaric, who successfully organized the last two-leg of the Arms Show in 2019 before COVID-19 pandemic hit the country and the rest of the world.

“The COVID-19 pandemic really shot down businesses but unlike others, the firearms industry did not suffer a downtrend. But the Filipino resiliency is remarkable. As we recover fast and the economic situation is slowly getting back on its feet. On the sporting side, the activities are far better than the others since shooting is an outdoor event,” said AFAD Board Member Edwin Ańo, who was joined by fellow newly elected officers Imelda Reyes and Duke De Leon during the media launch.

At least 43 exhibitors have confirmed their participation in the four-day event.

Ańo added that enthusiasts could also learn a thing or two as they lined up seminars and educational programs on self-defense, responsible gun ownership, firearms safety handling, regulation policy on gun ownership, and other exciting activities.

De Leon, on his part, reiterated that AFAD is working hard to put up an entertaining yet educational sporting arms show for the public and responsible gun owners.

“Through the years, AFAD is a partner of the government in abating the proliferation of ‘loose firearms. We can educate the public in the process to be responsible gun owners,” said Topacio.

For more information on the show please visit https://m.facebook.com/DefenseAndSportingArmsShow/ or call AFAD Secretariat at 09176209293.