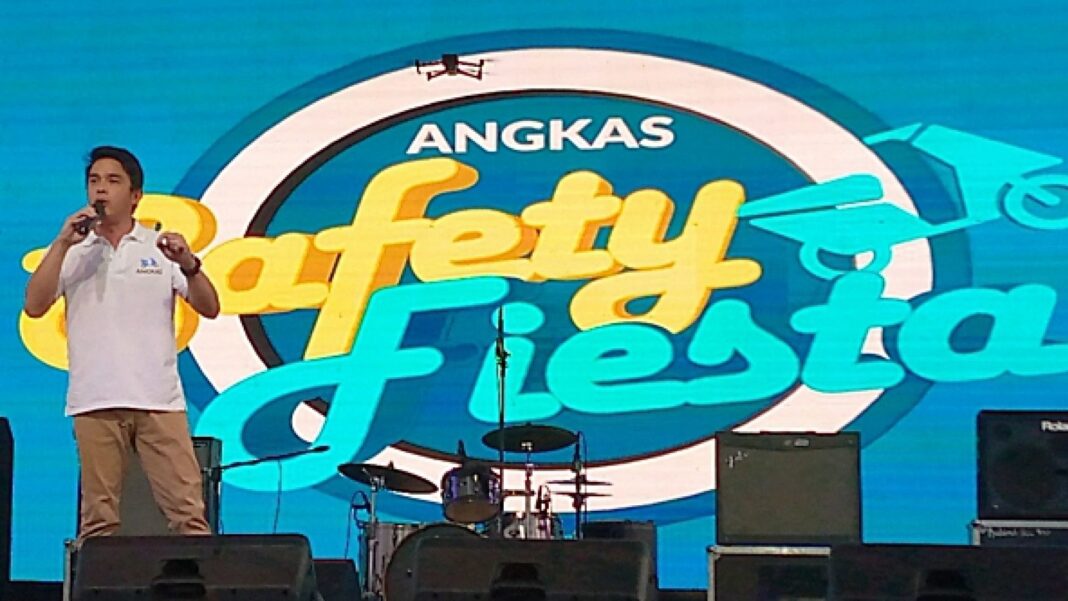 Angkas bikers and senatorial candidates from a wide range of political parties gathered in the Angkas Safety Fiesta to jointly push for the welfare and protection of the 18-million-strong biker community.

The Cainta-based event, which was packed by 3,000 bikers, also signaled the trailblazing ride-hailing service provider’s preparation to provide alternative transport due to the imminent return of pre-pandemic traffic in Metro Manila following the lowering of COVID-19 restrictions.

“An estimated 99% of motorcycle owners are low-income breadwinners. Motorcycles are at the center of their road to economic freedom and financial independence,” explained Angkas CEO George Royeca. “It is for this reason that we have invited candidates from every party. The welfare and livelihoods of 18 million Filipinos—and the families they support—are issues that cut through party divisions and affect all of us. Whatever your political inclinations are, we hope that 18 million kagulongs are part of the national agenda,” he added.

Angkas pioneered the motorcycle taxi industry in 2016 and gave the beginnings of legitimacy and professional regulation to tens and thousands of habal-habal riders who were previously criminalized by the government. Many challenges still face motorcycle bikers on a daily basis from lack of bike-friendly infrastructure, livelihood benefits, and the proper system to protect them from being regarded and treated as second-class citizens on the road. “There are 18 million bikers in the country, three times the number of cars. Unfortunately, roads are not optimized for bikers,” pointed out Royeca.

Free legal service counsel and senatorial Chel Diokno supported this, saying that “…the transport policy of the government should be about moving people, not cars. The government has prioritized building more highways for cars, while we should be focusing more on how to move people to get where they need to get, in the shortest possible time. … Motorcycles are really suited to that role. But of course, we need to develop our mass transit system as well.”

Seeking a return to the Senate this year, JV Ejercito, a longtime supporter of Angkas and a biker himself, confirmed Angkas’ contributions to the economy, addressing them directly: “\…Kung wala kayo… malamang lalo nang bumagsak ang ating ekonomiya. Kayo ang bumuhay sa ekonomiya habang tayo ay ni-lockdown…at may-pandemiya.”  (If you weren’t around … the economy could have further deteriorated. You are the ones who kept the economy alive especially during the lockdowns and the pandemic.”)

Among Angkas’ first hurdles to wide acceptance was a common perception that motorcycles are inherently unsafe. To overcome this, Angkas provided free training for over 150,000 applicant bikers, 70% of whom actually failed. As a result of its uncompromising standards, the company has maintained a safety rating of 99.997% even after millions of rides. This convinced the government to take a second look at the motorcycle-riding sector and consider legitimizing the motorcycle taxi industry.

The success of the Angkas business model complemented by its strict safety training protocol has led to tens of thousands of new biker entrepreneurs who make at least PHP 1,500-2,000 a day or PHP 45k-60k monthly which is up to three times the minimum wage. Best of all, because they are entrepreneurs, these bikers control their working hours and have time for other important things such as family time.

“Today, there are an estimated 18-million motorcycle owners, 99% of whom are low-income earners and breadwinners,” shared Royeca. “Should they be given legitimacy as a sector, they will certainly be a formidable economic force that will provide adequately for their families, as well as help revive the economy by providing incomparably energy and time-efficient mobility and logistics services,.”

Bikers’ roles remain as vital as the country moves past COVID-19 and on to the challenge of rebuilding. Hopeful returnee Senator Sonny Trillanes explained: “We will be more and more dependent on motorcycles for logistics. It’s very convenient, and people have discovered that convenience. You cannot put the paste back into the tube. It’s for the betterment of society because it’s less costly.”

During the time of COVID-19, motorcycle entrepreneurs proved invaluable to the economy in general, and in the day-to-day lives of people in particular. Motorcycles have been the very engine that has been driving commerce even in the strictest lockdowns. Former Ifugao governor and senatorial candidate Teddy Baguilat of the Liberal Party pointed out: “They kept us afloat during the lockdowns.”

Angkas bikers in particular have stepped up and become heroes providing critical services to those who need them, supporting and partnering with different government agencies, and ensuring that our frontliners get fast and safe to the hospitals and back to their homes, often at great personal risk.

Baguilat noted from conversations with tricycle drivers that spare part shortages for their motorbikes have become a problem: “We have to look into how we can manufacture locally made spare parts kung kakayanin (if possible).”

Senatoriable and actor Robin Padilla who is running for Uniteam and who is also an avid biker, pointed out that fuel prices are bikers’ biggest problem. He vowed to do something about it: “Mga ‘tol, isa lang ang ipapangako ko sa inyo. ‘Pag ako pinagkatiwalaan ninyo na mailuklok niyo na maging senador niyo at maging boses niyo, isa lang ‘tol. Gagawa tayo ng pambansang gasolinahan. Ibig sabihin hindi na dapat ‘yan i-tax ng gobyerno.” (Brothers, I have only one promise to you. If you trust me and elect me as your Senator, and allow me to act as your voice, we will establish a nationalized fuel company. This means fuel will not be taxed by the government.)

“While our primary concern today is the welfare of 18 million motorcycle riders, we are by no means suggesting that they be given a handout,” emphasized Royeca. “For many logistical and mobility-related tasks, there is absolutely no substitute for motorcycles. They have always been and have become even more vital to commerce in the country.  Yet to this day, bikers are second-class citizens, both on the road and legally. Their livelihoods don’t enjoy protection from the law despite their significant economic contribution.”

“To the 18 million people that are depending on two wheels for their livelihoods, we want you to have the proper representation and good champions who will really look at what you’re doing, how you can thrive, how you can be better, and also fight for your rights,” said Royeca, addressing the motorcycle-riding public. “At the end of the day yun lang po (that’s all we want), sana po hindi na po sila (that they no longer be) second-class citizens. Sana po hindi na po sila tignan bilang mga criminal (it would be good if they were no longer regarded as criminals). This is something that we will always be fighting for until we are able to establish that,” he concluded. 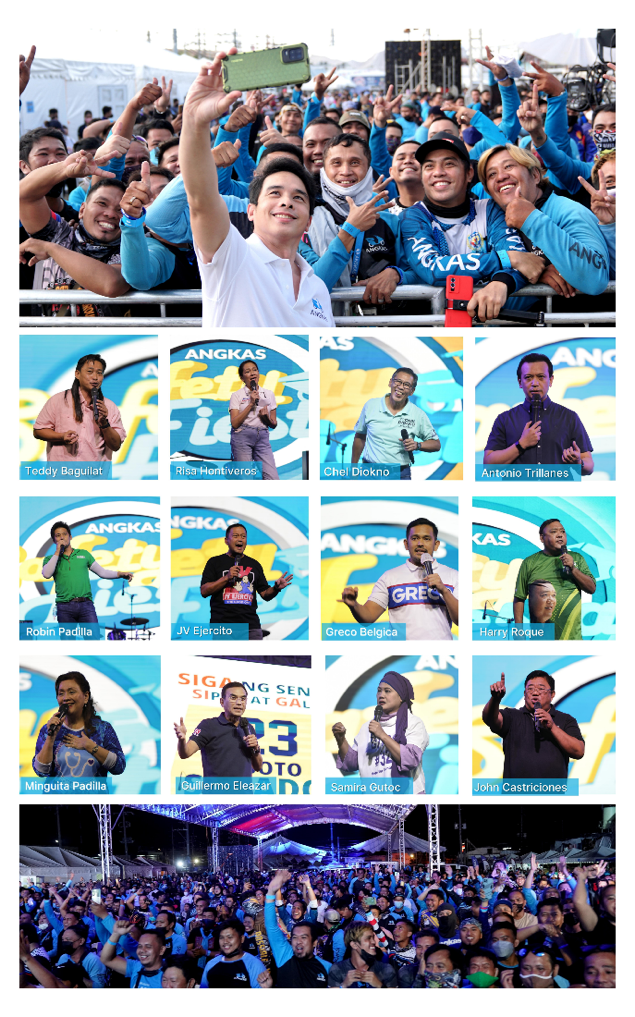